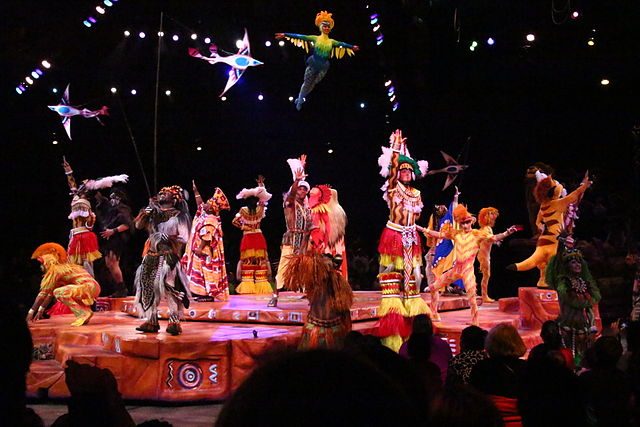 The Lion King Broadway Show: If you never saw Disney’s The Lion King, it’s an epic story involving the circle of life, a lion’s natural right as king of the pride and the betrayal of a villainous uncle and his pack of cackling minions. As the film stands tall amongst the other members of Disney’s pantheon of family films,

The Lion King also stands tall against any family-friendly (or otherwise) Broadway play. The original Elton John-Tim Rice score is given new life through African rhythmic music. And the costumes! Both beautiful to look at and mechanically fascinating. If you have yet to see The Lion King, it is showing at the Minskoff Theatre until December 30, 2018.

This image was made by Loadmaster (David R. Tribble)  [CC BY-SA 3.0 or GFDL], via Wikimedia Commons