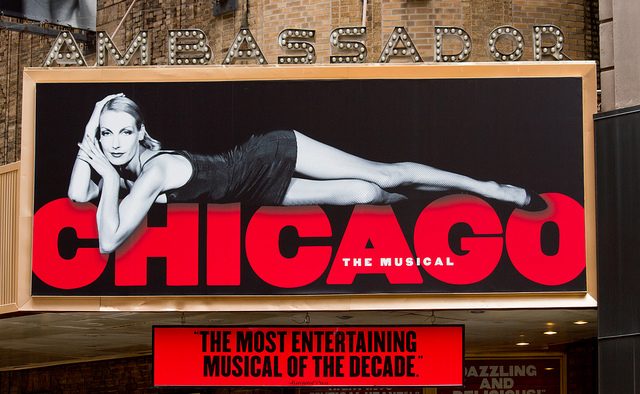 Chicago is the longest-running American show in Broadway’s history. That alone would be enough for some to want to go see this iconic musical. One of the first things you’ll notice is that the staging for Chicago is other-worldly simplistic, especially compared to other shows that transform the whole stage into an entirely new creation.

The lack of staging, however, is not a bad thing. In fact, it allows us to spend that much more attention to the incredible performances of the scantily clad cast in this sexy, electric musical. The latest Chicago performances can be caught at the Ambassador Theater on Broadway.