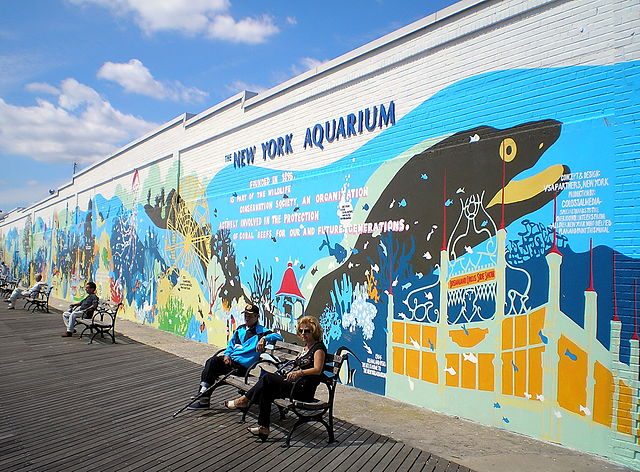 The New York Aquarium is the oldest continually operating aquarium in the United States, having opened in Castle Garden in Battery Park, Manhattan in 1896. Since 1957, it has been located on the boardwalk in Coney Island, Brooklyn. The aquarium is operated by the Wildlife Conservation Society (WCS) as part of its integrated system of four zoos and one aquarium, most notably the Bronx Zoo. It is accredited by the Association of Zoos and Aquariums (AZA). Wikipedia