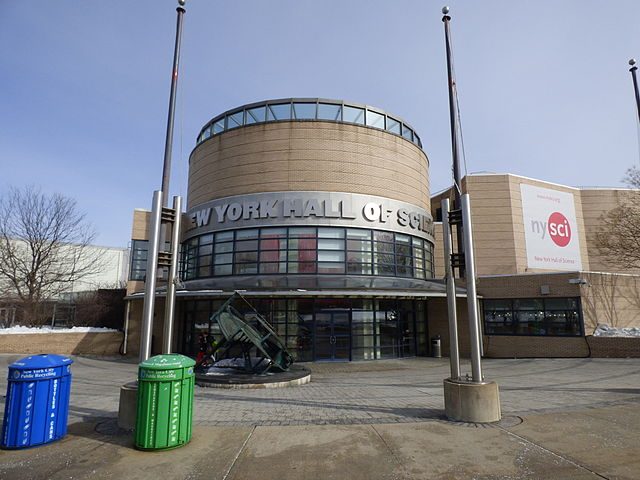 The New York Hall of Science, also known as NYSCI, is a science museum located in Flushing Meadows-Corona Park in the New York City borough of Queens, in the section of the park that is in Corona. It occupies one of the few remaining structures from the 1964 New York World’s Fair, and is New York City’s only hands-on science and technology center. The more than 400 hands-on exhibits focus on biology, chemistry, and physics. Wikipedia

Media by MusikAnimal (Own work) [CC BY-SA 4.0], via Wikimedia Commons