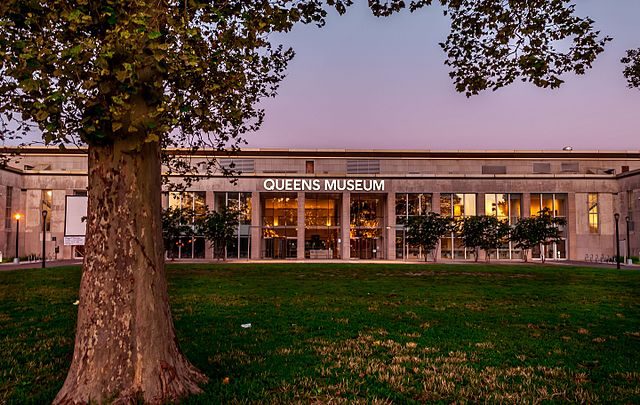 The Queens Museum, formerly the Queens Museum of Art, is an art museum and educational center located in Flushing Meadows-Corona Park in the borough of Queens in New York City. The museum is housed in the New York City Building, which was built for the 1939 New York World’s Fair, and which then hosted the United Nations General Assembly from 1946 to 1950. The museum has among its permanent exhibitions, the Panorama of the City of New York, a room-sized scale model of the five boroughs originally built for the 1964 New York World’s Fair, and repeatedly updated since then. It also has a large archive of artifacts from both World’s Fairs, a selection of which is on display. Wikipedia