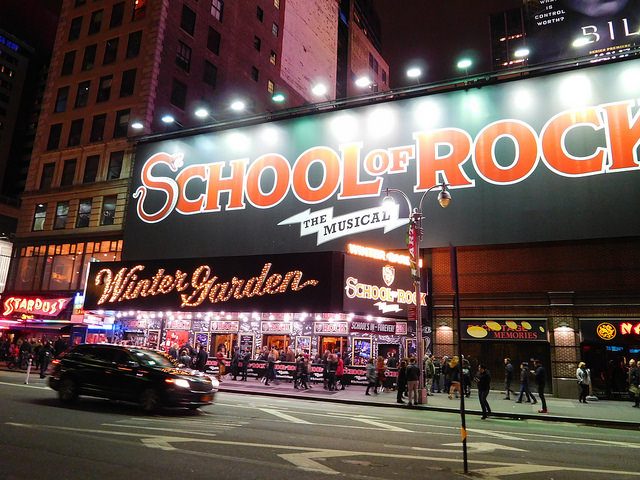 School Of Rock Broadway Show is based on a 2003 comedy film starring Jack Black. The story surrounds Dewey Finn (played by Alex Brightman) who fakes his credentials to land himself a substitute teaching job at a prestigious academy.

Rather than teaching the proposed curriculum, Finn decides that Rock n’ Roll is what these uptight youngsters need, although his teaching style meets some backlash from the school’s administration and the parents.

School of Rock is as hard hitting as the rock songs it liberally peppers into the show. It is playing at the Winter Garden Theatre.