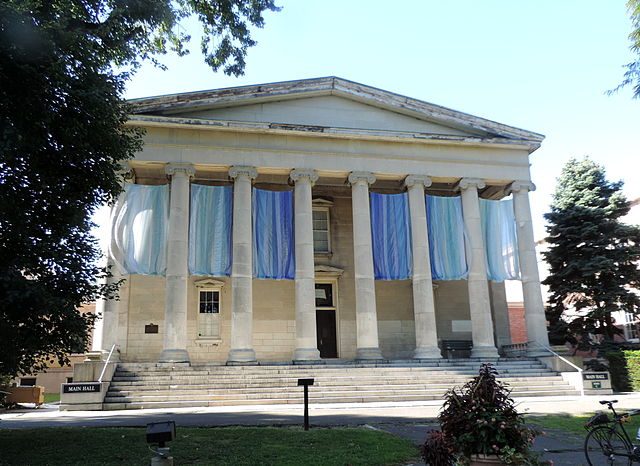 Sailors’ Snug Harbor is a collection of architecturally significant 19th-century buildings set in an 83-acre park along the Kill Van Kull on the north shore of Staten Island in New York City, United States.

It was once a home for aged sailors. Some of the buildings and the grounds are used by arts organizations under the umbrella of the Snug Harbor Cultural Center and Botanical Garden. Wikipedia