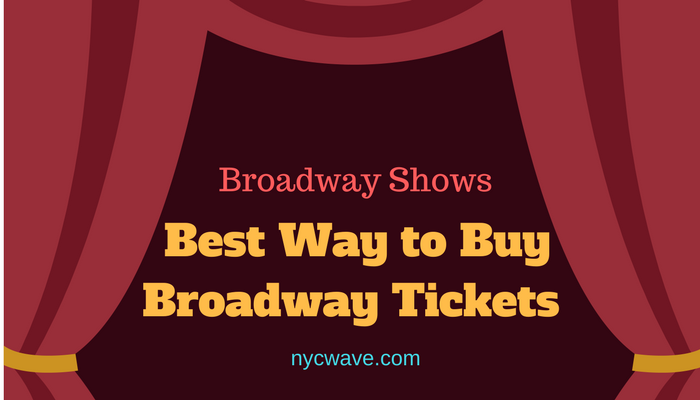 If you’re going to NYC soon, you are in luck. We are going to show you the shows are playing and the best way to get tickets, especially at the last minute.

What should I see on Broadway?

Hamilton is a show about a Caribbean immigrant who served as George Washington’s secretary, fought with the Rebels against the Brits, and started the New York Post. This whole story is told through a series of hip-hop songs that’ll have you singing along in no time. Buy tickets

This is the latest revival of the original Hello, Dolly!, a story of a matchmaker who lives in New York at the end of the 1800s. The show tells the story of her efforts to find a wife for Horace Vandergelder, a “half-millionaire” in Yonkers. Buy Tickets

The Lion King is a classic on Broadway and was adapted from the 1994 Disney film. Even if the storyline seems too childish for you, it’s well worth seeing for the phenomenal cast. Buy Tickets

Wicked is the origin story of the Wicked Witch of the West from The Wizard of Oz. In this show, you’ll learn how the witch came to be evil, how she’s green, and the backgrounds of those who influenced her life. It’s a spectacular show full of incredible vocalists. Buy Wicked tickets

Kinky Boots is a modern Broadway show which tells the story of Charlie and his distressed footwear business which is saved by a drag queen named Lola who plans to sell huge, over-the-knee boots for drag queens. Buy tickets

There are so many fantastic shows out there that it’s not practical to name them all in one article. Other classics you might be interested in are Jersey Boys, Chicago, Phantom of the Opera, Rent, Mamma Mia!, Les Miserables, Mary Poppins, Aladdin, Beauty and the Beast, The Book of Mormon, and My Fair Lady. The best place to check for the Broadway shows is on our nyc events page or at Broadway.com.

For those of you planning a trip to NYC months in advance, you’ll have the best luck with choice seats when you book a few months out.

For those of you who are only days away from NYC (or already there), you have a few options.

One of the great things about getting a last-minute Broadway ticket is you can sometimes get them at a steep discount which comes at a price of waiting in line for a while or having a bad seat.

If you’re willing to sacrifice the time, head to the red TKTS booth at South Street Seaport or Downtown Brooklyn to get same-day tickets. You can find what’s available that day on their website.

Your other option is to enter the ticket lottery at the show you want to see. Go to the box office as soon as it opens the day of and put your name down for a ticket. Some shows also sell dirt cheap tickets if you’re willing to stand for the show.

If you’re not willing to sacrifice time or seat location, try the following for last-minute tickets.

As the date for the show approaches, keep checking the ticket website for your chosen show. Sometimes theaters will lower prices on premium spots to sell them which is an opportune time to purchase them.

Another option is to head to the show the day you want to go and stand in the cancellation line. Not all tickets are picked up, in which case, the box office turns around and sells them. There’s no guarantee you’ll get in, but your chances aren’t bad.

Lastly, check the reseller markets like Ticketmaster, Broadway.com, StubHub, and VividSeats. This is an option that’s better for those who must see a show no matter the cost.

You can also purchase Broadway tickets on our website, events page.

No matter which show you see or where you sit when you see it, going to a Broadway show is one of the most unique experiences you’ll have in NYC.

Disclosure: This website includes affiliate links and we are compensated if you make a purchase after clicking one of the links.